Salomon Kalou has reacted to former Chelsea teammate Ashley Cole after he joined Frank Lampard at Everton. Shortly after Everton appointed Chelsea legend Frank Lampard as their new manager, the former Blues midfielder requested for the addition of ex-Chelsea and England teammate Cole to his coaching staff. 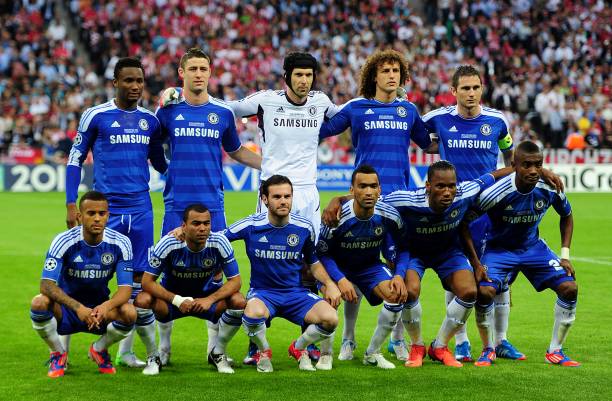 Ashley Cole previously worked with the Chelsea Academy occasionally before he was confirmed as an Everton coach at the start of last month. He’s also an assistant manager in the England u-21 national team set-up.

Kalou and Cole were teammates at Chelsea for some years. They were both in the Chelsea squad that won the first Champions League title for the club around a decade ago. Kalou, Cole and Chelsea won their maiden Champions League title by beating host team Bayern Munich during the penalty shootout. The teams turned to penalties to decide the winner after they scored one goal each in the last ten minutes of normal time. The two teams didn’t score any goal over the course of 30 minutes in extra time.Chelsea recovered from a bad start in the shootout to win with star striker Didier Drogba scoring the decisive penalty.

At Everton, the target for Cole and Lampard between now and the rest of the season is to avoid demotion to the English Championship. Everton are one of five clubs who have never suffered relegation in the Premier League era. Also, Arsenal, Tottenham Hotspur, Chelsea and Liverpool have never suffered demotion to the Championship since the Premier League era started.