These are not the best of times for former Sevilla coach Unai Emery. 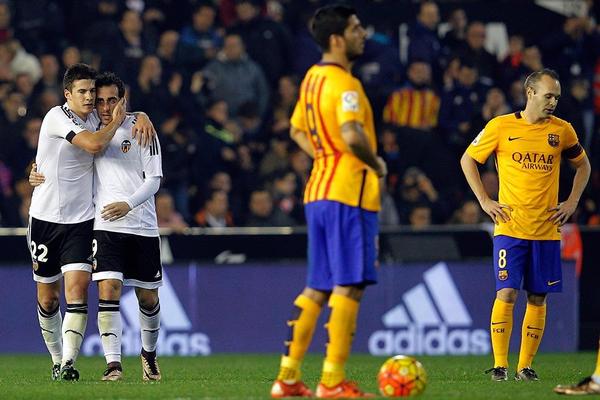 The Spaniard took over the reins at Parc Des Princes last summer and was charged by the Qatari owners with transforming Paris Saint-Germain into a top team, into a level where they can stand shoulder to shoulder with the likes of Real Madrid, Barcelona and Bayern Munich.

Ever since oil wealth took over the funding of PSG in 2012, many coaches have come and gone and in each case were deemed to have come short of the club’s ultimate goal. Carlo Ancelotti – current Bayern coach – and Laurent Blanc both delivered two league titles apiece during their respective two year reigns, making it four in a row for Les-Rouges-et-Bleus yet the owners feel an inability to perform satisfactorily inEuropean inter-club competitions – the UEFA Champions League – is a big mark indicating the limitedness of the coach in charge.

Not that they are wrong though, after all they’ve done their bit in ensuring funds are provided for the coaches to entice whatsoever player they think will help them attain the ultimate heights of PSG’s long term goals.

Still, there is an increasing feeling that a little exercising of patience, the patience to build a team and watch them gel together seems to be a rational fans sentiment which actually makes sense. The amount of money pumped into the PSG project by the Qatari Sports Investment led by Nasser Al-khelaifi might be suspect for the seeming short temper on their part.

The problem with Emery’s case is that before now, PSG were only seen sweating their butts off in European fixtures – not domestic ones. French football has grown accustomed to seeing Les Parisiens at the number one spot of Ligue 1 standings in virtually every match day barely noticing if any team surged past them. It’s been a common sight.

Not for Emery though, his side currently occupy the 3rd top most spot behind surprise table toppers Nice and 2nd spotters AS Monaco. With his troops failing to mount a convincing league title defence, losing to Barcelona come February will most certainly spell doom as it will used to grade him on his paymasters’ score card.