Ivorian Salomon Kalou was on target as German side Hertha Berlin returned to winning ways when they clashed with Augsburg. 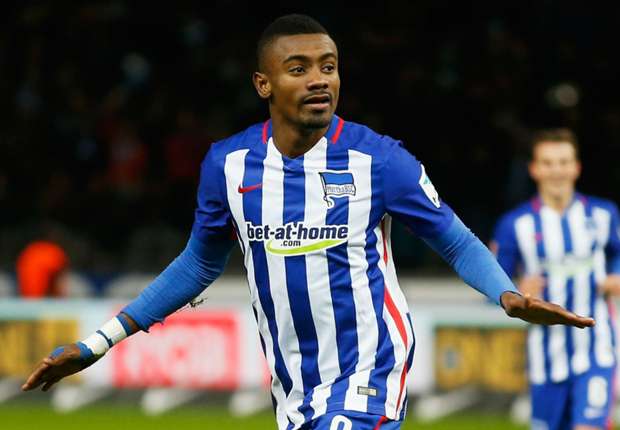 The former Chelsea star was impressive in the Bundesliga match, helping them win 2-0 at the Berlin Olympiastadion stadium. Of 43 points the team has competed for this term at home, they have claimed almost 80 percent victories; so they entered the game as heavy favourites against a struggling opposition.

Ahead of the game, the club had lost three games but they seem to have gotten back their form with the strong display. John Brooks scored the opener within 12 minutes after a Valentin Stocker error. The home side tried to double the tally when Kalou combined with VedadIbisevicbut goalkeeper MarwinHitz denied them.

Both Hertha players were not deterred as they combined to get the second goal of the game. Kalou created space for himself before sending a good cross for Stocker to tap in. This time they had Ibisevic do the build-up.

Hertha are eyeing continental football action next season and the victory lifts them to the fifth spot. On the other hand, Augsburg are still facing relegation threats as they continue to struggle.